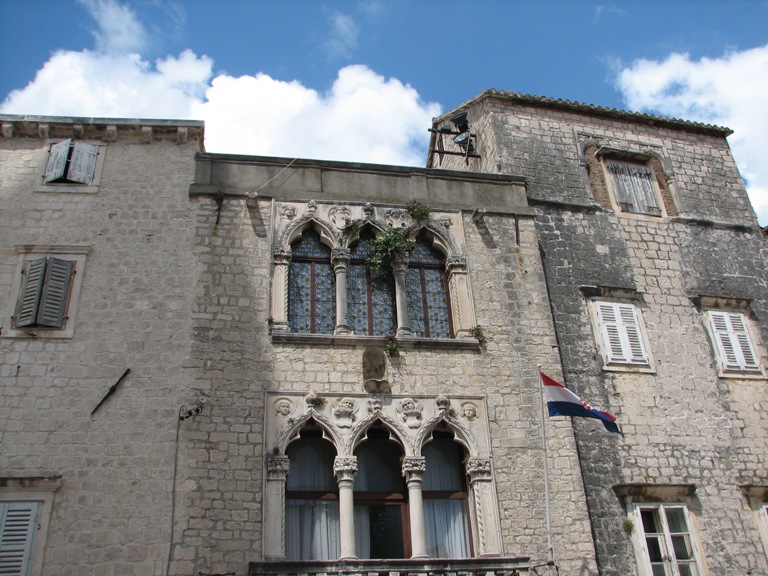 Father and son, Petar and Koriolan Cipiko, managed, clearly according to a certain family programme and with strategic marriages, to occupy the whole western side of the main square with their two palaces – opposite the council chamber, the cathedral and the other public buildings – furnishing them with an uncommon number of family coats of arms, clearly with princely pretensions.he southern portal, with medallions of angels bearing Koriolan's motto Nosce te Ipsum (Know thyself) is the work of Niccolo, around 1470. The northern portal, opposite the portal of the cathedral is the work of Ivan Duknović, fitted into the place, however, with Aleši three-mullion windows in the mid 17th century after the palace complex had been divided between two brothers and restored after the devastion by the Venetian militia that used the palaces as a barracks during the Cyprus War. The premises of the palace are today used by the Music School, some of the city departments, the Conservation department and part its privately owned.