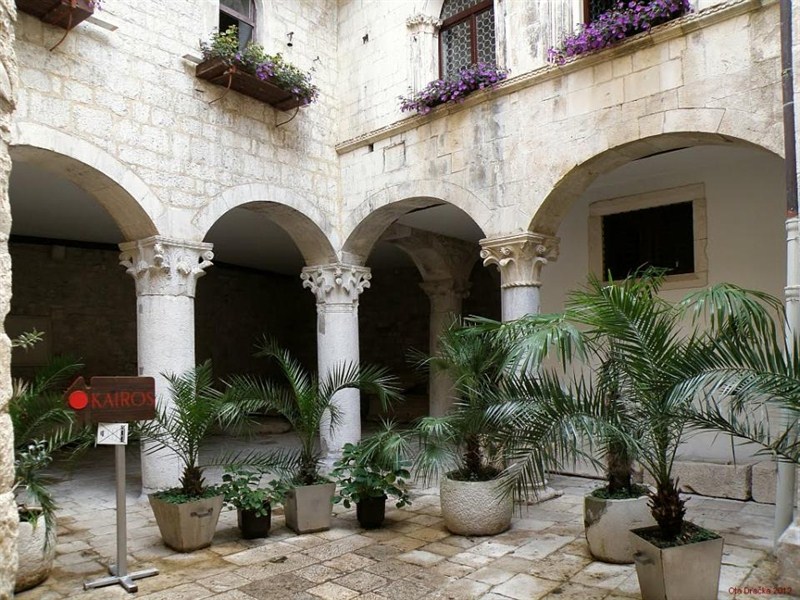 The Benedictine Monastery of St. Duje was built in 1064 next to the Church of St. Duje by the efforts of St. John of Trogir. According to folk tradition, the church’s larger vestry was the meeting point for the first Christians and St. Duje. An early Christian inscription was recently found there. In the 12th century the church and monastery were renamed after St. Nicholas. The monastery is known for the oldest painting in Trogir, the “Madonna with Child”, and the Kairos Collection. The marble relief of Kairos, the God of Luck, dates back to the 3rd or 4th century BC and was made in a workshop in Athens.